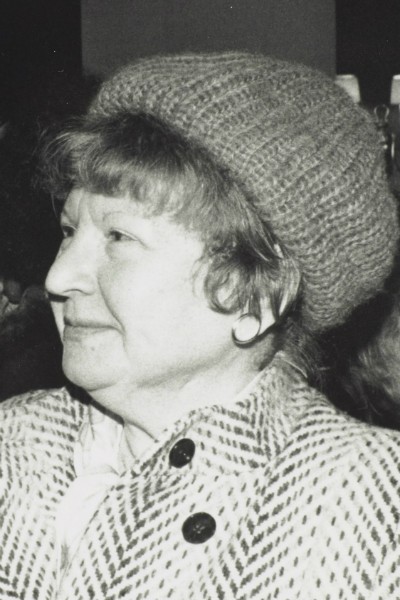 Gita May, professor emerita of French at Columbia University, died at her home in Morningside Heights on January 29, 2016. She was 86 years old. Known in her youth as Brigitte Jochimek, she was born in Brussels on September 16, 1929, the daughter of two Jewish immigrants from the town of Zloczew, Poland: Albert (Abram) Jochimek and Blima Sieradska. In Brussels she completed high school at the Lycée Daschbeck, and also studied at the Académie royale des beaux arts. After the German invasion of Belgium, in order to protect her from arrest and deportation, her parents left her in the care of a Catholic family in Brussels, and she stayed with that family throughout the war. Her parents managed to escape arrest and survived the German occupation. They joined her in New York after she immigrated to the United States as a war bride at the age of 18 in 1947. Her husband, Irving May (1923-2011) was a GI she met in Brussels after the war. Gita May became a US citizen in 1950. Once in New York, she had a brilliant academic trajectory. She received her BA magna cum laude from Hunter College in 1953, and went on to study at Columbia University where she obtained her MA in 1954 and her PhD in 1957. She was a lecturer in French at Hunter College from 1953 to 1956. She began teaching at Columbia as an instructor in the School of General Studies in 1956, and became a full professor in 1968. She was one of the first women to receive tenure at Columbia (1961) and was the first woman to serve in a full-time position in Columbia College. She served as a member of the University Senate from 1979 to 1983, and as chair of the Department of French from 1983 to 1992.  She chaired the University Seminar on Eighteenth-Century European Culture from 1986 to 1989. She retired from teaching in 2006.

Gita May specialized in eighteenth and early nineteenth-century French literature, and had a particular interest in the relationship between literature and the visual arts. Her first book, Diderot et Baudelaire, critiques d'art, based on her doctoral dissertation, was published by Droz in 1957. This was followed by several important monographs: De Jean-Jacques Rousseau à Madame Roland, Essai sur la sensibilité préromantique et révolutionnaire (Droz, 1964), Madame Roland and the Age of Revolution (Columbia University Press, 1970), and Stendhal and the Age of Napoleon (Columbia University Press, 1977). She remained active as a scholar late in her career: her biography of Elisabeth Vigée Le Brun was published by Yale University Press in 2005.

A devoted teacher and adviser, Gita May taught hundreds of undergraduate and graduate students throughout her long and distinguished career at Columbia, and sponsored a large number of doctoral dissertations. Gita May was the recipient of several prestigious fellowships, including a Guggenheim (1964-65), a Fulbright (1964-65), and an NEH (1971-72). Hunter College presented her with its award for outstanding achievement in 1963. She was an officer in the French order of the Palmes académiques, and the French government made her a chevalier in the Legion of Honor in 2006.