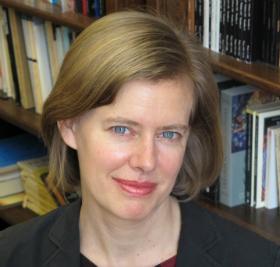 Joanna Stalnaker holds her PhD from New York University and her BA from Swarthmore College. Her research interests include Enlightenment literature, philosophy and science; the salonnières and their writings; theatrical innovations in the eighteenth century; and the French Revolution. Her first book, The Unfinished Enlightenment: Description in the Age of the Encyclopedia (Cornell, 2010), was awarded the Kenshur Prize from the Center for Eighteenth-Century Studies at Indiana University. Her articles on Diderot, Rousseau, Buffon, Deffand and other writers have appeared in Representations, Journal of the History of Ideas, Critique and Diderot Studies. In addition to teaching at Columbia, Stalnaker has held invited positions at Princeton, Université de Genève and Bryn Mawr’s Institut d’Études Françaises d’Avignon. She serves on the editorial boards of Eighteenth-Century Studies, Oxford University Studies in the Enlightenment and Romanic Review, and is a board member of Columbia’s Maison Française and Society of Fellows. In 2014, she was the recipient of the Lenfest Distinguished Faculty Award. From 2018-2021, she served as the Paul Brooke Program Chair for Literature Humanities.