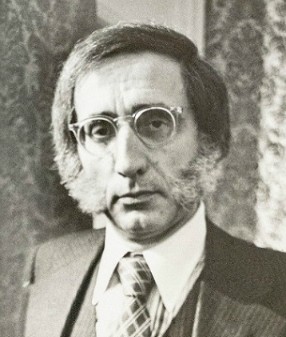 A memorial service for Professor Riffaterre was held at Saint Paul's Chapel on Wednesday, October 11, 2006.

Michael Riffaterre, University Professor Emeritus, died at his home in Manhattan on May 27. He was 81 and had spent his entire professional career at Columbia University. Provost Alan Brinkley issued the following statement: "Michael Riffaterre was one of Columbia's greatest and most devoted scholars and teachers. During his more than fifty years at the University, he was an inspiring mentor to countless undergraduates and graduate students. He was also a major international figure in literary studies, a leader in the growth of structural criticism, and a powerful advocate for understanding literature through its impact on its readers." Born in Bourganeuf, in the Limousin region of France on November 20, 1924, Riffaterre won a prize in French literature in the Concours général (Paris, 1941). He studied at the University of Lyon in 1941 and later at the Sorbonne (MA in Classics, 1947). He received his PhD in French from Columbia in 1955 after defending a dissertation entitled Le Style des Pléiades de Gobineau, published by Columbia University Press in 1957. He started teaching at Columbia as an instructor in 1953, became an assistant professor of French in 1955, full professor in 1964, Blanche W. Knopf professor in 1975, university professor (the highest faculty rank at Columbia) in 1982, and university professor emeritus in 2004. Riffaterre literally devoted his life to the study of literature, but not in the usual sense of a scholar analyzing verbal works of art in light of the history of their reception, or in terms of their aesthetics, or their role in the development of ideologies. Riffaterre had chosen not to study literature as it constitutes a corpus, or a distinctive period, but rather to analyze the literariness of literature and to replace the history of literature with its theory. That is to say, describing the processes through which a text becomes a work of art. His teaching and scholarly publications bear upon explaining the impact of the text, the durability of the literary work despite the evolutions of taste, and the role of the reader, particularly in so far as that role appears governed by mechanisms which control the reader’s interpretation to a degree where the writer’s opinion of his or her work tends to become irrelevant. Relevancy is maintained in the forms of the work of art and through linguistic and semiotic processes impervious to the accidents of the work’s reception. Major contributions to those areas have been exemplified by Riffaterre’s work on the aesthetic perception of the text, in his Essais de stylistique structurale (Flammarion, 1971), and on the replacement of linguistics with semiotics, in Semiotics of Poetry (Indiana University Press, 1978) and La Production du texte (Seuil, 1979). His study of the limits of interpretation has led him to define difficulty in reading as a key to understanding (for instance, the automatic writing of the Surrealists), and, in his Fictional Truth (Johns Hopkins University Press, 1990), to develop the notion of a grammar of literature. In addition to these books, Riffaterre is the author of more than 130 articles. He was twice a Guggenheim fellow, was a member of the American Academy of Arts and Sciences and a senior fellow of the University of Oxford . He was chairman of the Columbia French Department from 1974-1983, director of the School of Criticism and Theory from 1987-1997, general editor of The Romanic Review from 1971-2000, and held visiting positions at Johns Hopkins, the Collège de France, Yale, Harvard, CUNY and Penn. He was an officer in the French order of the Palmes académiques, and held honorary doctorates from the Université Blaise-Pascal and from the Sorbonne. A collection of essays about his work, including contributions by Antoine Compagnon, Julia Kristeva, Michel Beaujour, Françoise Meltzer, Elisabeth Ladenson, Mary Shaw and many others was published in The Romanic Review 93:1-2 (2002).