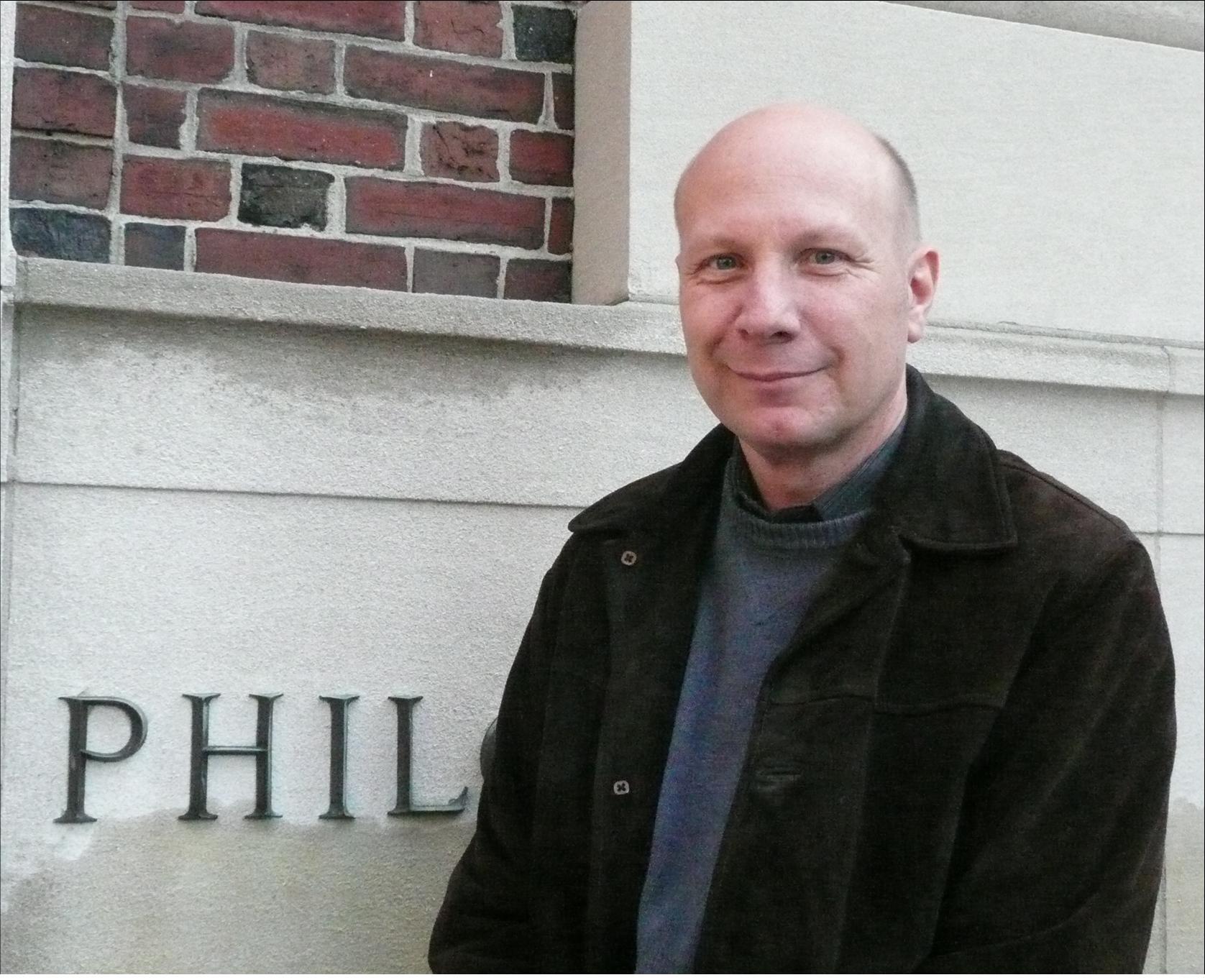 The French department is deeply saddened by the loss of Phil Watts, 52, who died at his home in Morningside Heights, New York, on Saturday, July 20, 2013. Phil Watts was a beloved member of the Columbia community and is dearly missed by the many people who had the opportunity to work with him. His warmth, generosity, intelligence, erudition, sense of humor, and tact were unparalleled. A memorial service was held in St. Paul's Chapel of Columbia University on Monday, September 9, 2013 (see the memorial service program). He is survived by his wife, Sophie Queuniet, also a faculty member in the French department, and two young daughters, Madeleine and Louise.

Phil Watts received his BA in 1982, from the University of California, Santa Barbara, and his PhD from Columbia in 1991. From 1992 to 2006 he taught at the University of Pittsburgh, where he became Chair of the department of French and Italian. In 2007 he returned to Columbia, where he was Professor of French. As Chair from 2008 to 2012, he led the department with intellectual rigor and professional dedication and, above all, with a deep sense of humanity.

A specialist of twentieth-century French literature and film, he published on numerous subjects in this area. His first book Allegories of the Purge: How Literature Responded to the Postwar Trials of Writers and Intellectuals in France (Stanford University Press, 1999) was awarded the Aldo and Jeanne Scaglione Prize. He then continued to study how literature and film participate in democratic formations, and he published articles on Jean Genet, Jacques Rancière, Roland Barthes and film, Jacques Rivette and the Cold War, and the films of Jean-Marie Straub and Danièle Huillet.  With Gabriel Rockhill, he co-edited Jacques Rancière: History, Politics, Aesthetics (Duke University press, 2009) and with Joe Golsan, an issue of Yale French Studies entitled Literature and History: Around Suite Française and Les Bienveillantes (Yale University Press, 2012) .

At the time of his death, Phil Watts was working on two different projects. The first one, Remnants of Tragedy, focused on the persistence of archaic forms in postwar French literature and film; part of this was published in the Yale French Studies (121, 2012). The second one, Roland Barthes’s Cinema, was edited by a group of colleagues and friends based on the manuscript he left. It includes an interview with Jacques Rancière, and has been published in French by the Editions de l'Incidence (2015). The original English version also includes nine translated texts written by Barthes about cinema. It has been published by Oxford University Press (2016).

In addition to his book on Roland Barthes, a special double issue of the Romanic Review (105.1-2) has been published in tribute to Phil Watts’s work.

Allegories of the Purge: How Literature Responded to the Postwar Trials of Writers and Intellectuals in France, Stanford University Press, 1999