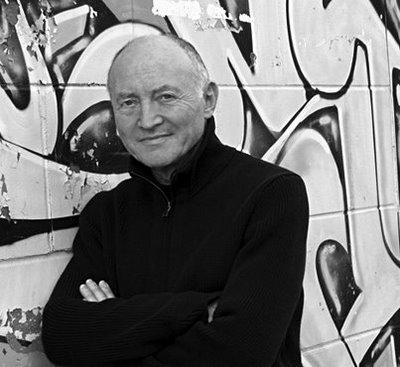 Sylvère Lotringer, Professor Emeritus of French, died at his home in Ensenada, Mexico, on November 8, 2021 at the age of 83. He was born in Paris on October 15, 1938, the son of Jewish immigrants from Poland. He survived the Nazi occupation of France as a “hidden child.” After graduating from the Lycée Jacques Decour in the 9th arrondissement of Paris, he received his BA (1962) and his MA (1963) in Comparative Literature from the Sorbonne. He then enrolled in the 6th Section of the Ecole Pratique des Hautes Etudes, where he studied with Lucien Goldmann and Roland Barthes. His doctoral thesis, defended in 1967 and written under the direction of Lucien Goldmann, was entitled: “Virginia Woolf: de la mort des valeurs aux valeurs de la mort.” Lotringer began his teaching career as a lecturer at Atatürk University in Erzurum, Turkey (1965-67). He moved to Australia for one year and taught at the University of New South Wales in Sydney (1968-69). He then moved to the United States, where he taught for one year at Swarthmore College (1969-70) as an assistant professor of French, and for two years at Case Western Reserve University as an associate professor (1970-72). He joined the Columbia faculty in 1972 as an associate professor of French with tenure, and was promoted to full professor in 1985. He retired in 2009.

Lotringer joined the Columbia faculty with the expectation that he would promote the ideas and methods of structuralism, which he had studied in France a few years before. He did teach structuralism, but he found its reliance on linguistic formalism stifling, and his focus shifted to signs in general, following Georges Bataille, and also to mental illness. In 1974 these interests converged in the creation of a journal, Semiotext(e), whose title alluded to the initial interest in semiotics while suggesting something much broader. Published without any institutional backing for several decades, Semiotext(e) played a decisive role in the dissemination of “French theory” in the United States (the journal is now published by MIT Press). In an interview with Gillen Wood in the early 90s, Lotringer recounted that when he came to the US in the early 70s, everyone in academia was “extremely anti-intellectual. I was criticized for using concepts.” “Since then,” Lotringer continued, “a huge reversal has occurred in the academy as well as in the art world. People started going for the concepts, without changing their ways of thinking at all…What we are witnessing these days is a huge industry summarizing, criticizing, and paraphrasing theory, all of which exemplifies the kind of deluxe funeral provided by the academy for anything that is alive.” In the same interview, Lotringer stressed that he was not an anti-institutional rebel. Referring to Deleuze and Guattari, he said he found in them “an antidote to the institution that was not predicated on attacking the institution itself… If radicals didn’t manage to change Columbia in the 60s, I was not going to do it all by myself. I’m not trying to fight anyone. I just want to open the university to the outside, to the art world, or to the political world. I just want to let in some fresh air.”

This opening up of the university happened in a memorable way with the major conferences Lotringer organized in the 1970s and 1980s including “The Two Saussures” (1974), “Schizo-Culture” (1975), “The Nova Convention” (1978), “Polysexuality” (1980), and “Foucault Live” (1989). “Schizo-Culture,” which attracted a huge audience, brought together, in addition to the Scottish psychiatrist R.D. Laing, French philosophers (Foucault, Deleuze, Guattari, Lyotard) and American artists and writers (William Burroughs, John Cage, Merce Cunningham, Richard Foreman).

Lotringer was a prolific author in his own right. Many of his early articles appeared in French journals such as Critique and Poétique. After 1974 he published a lot of his own work in Semiotext(e) often in the form of co-authored monographs or edited volumes: Pure War, with Paul Virilio (1983); Forget Foucault, with Jean Baudrillard (1986); Crepuscular Dawn, with Paul Virilio (2002); The Miserables (2014) in addition to articles on Georges Bataille, Simone Weil, L.-F. Céline, Marguerite Duras, and Robert Antelme. His monograph entitled Overexposed, based on interviews with psychiatrists and patients, was published by Pantheon in 1988. Lotringer also published extensively on art:  Foreign Agent: Kunst in den Zeiten der Theorie (Berlin: Merve Verlag, 1991); Nancy Spero (London: Phaidon Press, 1995). In the early 2000s he came back to his pioneering interest in “French theory” with French Theory in America, co-edited with Sande Cohen (Routledge, 2001), and Hatred of Capitalism, co-edited with Chris Kraus (Semiotext(e), 2001). More recently he published Mad Like Artaud (Univocal, 2015).

His teaching interests at Columbia included Dada and surrealism, situationism, Mallarmé, Proust, structuralism and post-structuralism, as well as anthropology, semiotics, philosophy and art in relation to 20th-century literature.

At a ceremony in Los Angeles on April 19, 2016, Lotringer was made a chevalier in the Ordre national des arts et lettres by Gérard Araud, Ambassador of France to the United States.

Lotringer is survived by his wife, Iris Klein, his daughter, Mia Lotringer Marano, a graduate of Columbia College, and two grandchildren. He is fondly remembered as a free spirit, an audacious thinker and a warm and gentle colleague and mentor.