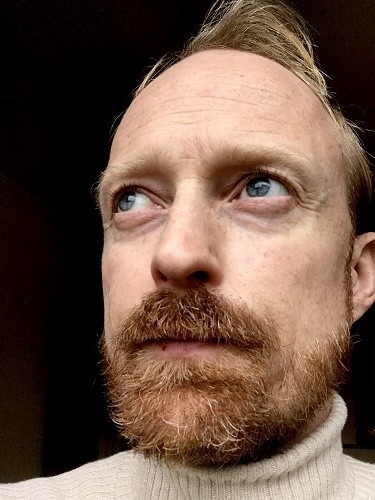 I am a historian of modern France and its empire, with a broad training in European, cultural and intellectual history, and ancillary interests in psychoanalysis, anthropology, political economy, and social theory. My research ranges widely but typically grapples with forms and experiences of social change in the modern era. Thus far, I have focused on instances of war, revolution, and colonialism, and approached these through the study of emotions, memory, and medicine in particular.

My first book, What Nostalgia Was: War, Empire, and the Time of a Deadly Emotion (Chicago, 2018) explores how people once died of nostalgia in order to tell a larger story about social transformation and alienation in the eighteenth and nineteenth centuries. A work of archival research, the book develops a theory of practice as a way of grounding the history of changing concepts and emotions in the capitalist epoch. A French translation is forthcoming.

In a new project, I am researching the correspondence and extraordinary “family romance” of a French revolutionary-era citizen soldier who was raised to be Rousseau’s Emile. With this book, I wish to navigate the porous boundaries between history and literature, and explore the ways in which we can connect personal stories to wider global histories. Other forthcoming publications include surveys of the sciences of memory in the nineteenth century and of theories and methods in the history of emotions, as well as a reassessment of Tocqueville’s interest for political economy and capitalist social transformation.

I co-edit the French journal Sensibilités: histoire, critique & sciences sociales, and serve on the editorial board of Critical Historical Studies. Previously, I served as associate editor at Emotion Review. In 2016-17 I was a member in the School of Historical Studies at the Institute for Advanced Study in Princeton, where I co-founded the collective project IAS History Working Group. I have also held fellowships from the Library of Congress, the Huntington and Newberry libraries, as well as the Marie Curie program among others.

I read history in the UK at University College London (BA 2001 & MA 2002), before moving to the US to pursue a doctorate at the University of Chicago (PhD 2011). Before joining Columbia I taught at Boston College, George Mason University, and Sciences Po Paris. I teach Contemporary Civilization in the Core, modern French and intellectual history, as well as thematic courses on the interdisciplinary study of emotions, history & literature, and war. I am affiliated with ICLS and co-organize the affect studies university seminar.