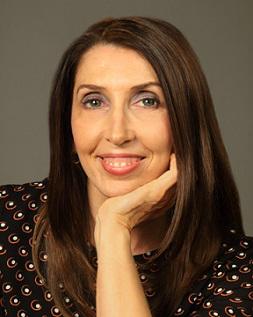 I'm currently Chair and Director of Graduate Studies of the Department of French. I'm also a member of the Executive Committee of the Institute for Comparative Literature & Society and Co-director of Columbia’s Amman-Tunis Middle-East/North Africa summer program, an intensive Arabic language course combined with a cultural and historical seminar.

My teaching and research areas include francophone/postcolonial literatures and cinemas of France, the Maghreb, the Middle East and the Caribbean as well as the cultural dimensions of migration and diaspora. I also teach and write about eighteenth-century French culture, particularly with regard to orientalism, colonialism and the history of slavery.

My current book project, After Violence: Cultural Renewal in Contemporary is about literature, cinema and other forms of artistic expression in contemporary Algeria. I look both at how memories of the ‘Black Decade’ of the 1990s are finding expression in the arts, and at new developments in Algerian culture, for example the establishment of new publishing ventures and arts venues and the emergence of new literary voices and forms.

Other current projects include a collective volume on contributions of the Guadelopean writer and winner of the 2018 'Alternative Nobel Prize," Maryse Condé, an article on multilingualism and translation in North-African literature and a book chapter on testimony and aesthetics in literary and cinematic accounts of contemporary Mediterranean migration.

With support from a grant from Columbia's Humanities War and Peace Initiative I am working on a multifaceted project on spatial aesthetics and arts spaces in the Maghreb and Middle East. The project includes research on politics, the arts and what I am tentatively calling the 'cultural public sphere' for my book on contemporary Algeria, and course development around conflict, conflict resolution and the arts in Algeria and Tunisia.

I have also received a grant from the Center for Spatial Research to develop a hybrid course with traditional and digital components on space, urban conflict and cartography in North Africa. This new course will be offered in conjunction with CSR in fall 2020.

Co-written with historian Myriam Cottias, Relire Mayotte Capécia: une femme des Antilles dans l'espace colonial français is a critical re-edition of two mid twentieth-century novels by the Martinican writer, Mayotte Capécia. In an introductory essay to the novels we explore the fascinating convergence of race, gender, colonialism and the Vichy regime that formed the context of these two polygraphic texts.

Trading Places: Colonization and Slavery in 18th-Century French Culture, examines the place of slavery in eighteenth-century French literature, philosophy and material culture, particularly textiles and furniture. It focuses on the longstanding silence surrounding colonial slavery and on processes of displacement and disavowal.

Selected bibliography
Back to Top