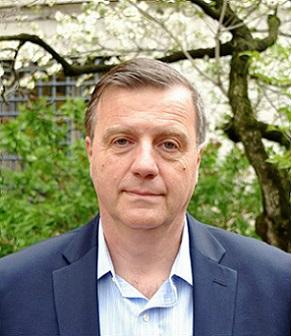 Pierre Force
Professor of French and of History

OFFICE HOURS: by appointment @ book me

Pierre Force received his academic training in France, where he was a fellow of the École normale supérieure. He took his BA in Classics (1979), doctorate in French (1987), and habilitation (1994) at the Sorbonne. He first came to the United States in 1984 as a lecturer at Yale University, and he joined the Columbia faculty in 1987. He works at the interface between the humanities and the social sciences and has published in the fields of early modern French literature, intellectual history, and social history. He is the author of Le Problème herméneutique chez Pascal (Paris: Vrin, 1989), Molière ou Le Prix des choses (Paris: Nathan, 1994), Self-Interest before Adam Smith (Cambridge University Press, 2003), and Wealth and Disaster (Johns Hopkins University Press, 2016). He chaired the French Department from 1997 to 2007 and is also a member of the History Department. From 2011 to 2014 he served as the inaugural Dean of Humanities in the Faculty of Arts and Sciences. He received the Columbia Distinguished Faculty award in 2005 and a Guggenheim fellowship in 2009. He has been a visiting professor at Princeton, Paris VII, Paris XIII, and the École normale supérieure. His teaching interests include French classicism and its reception, hermeneutics and rhetoric, historiography, the history of economic thought, and Atlantic history.